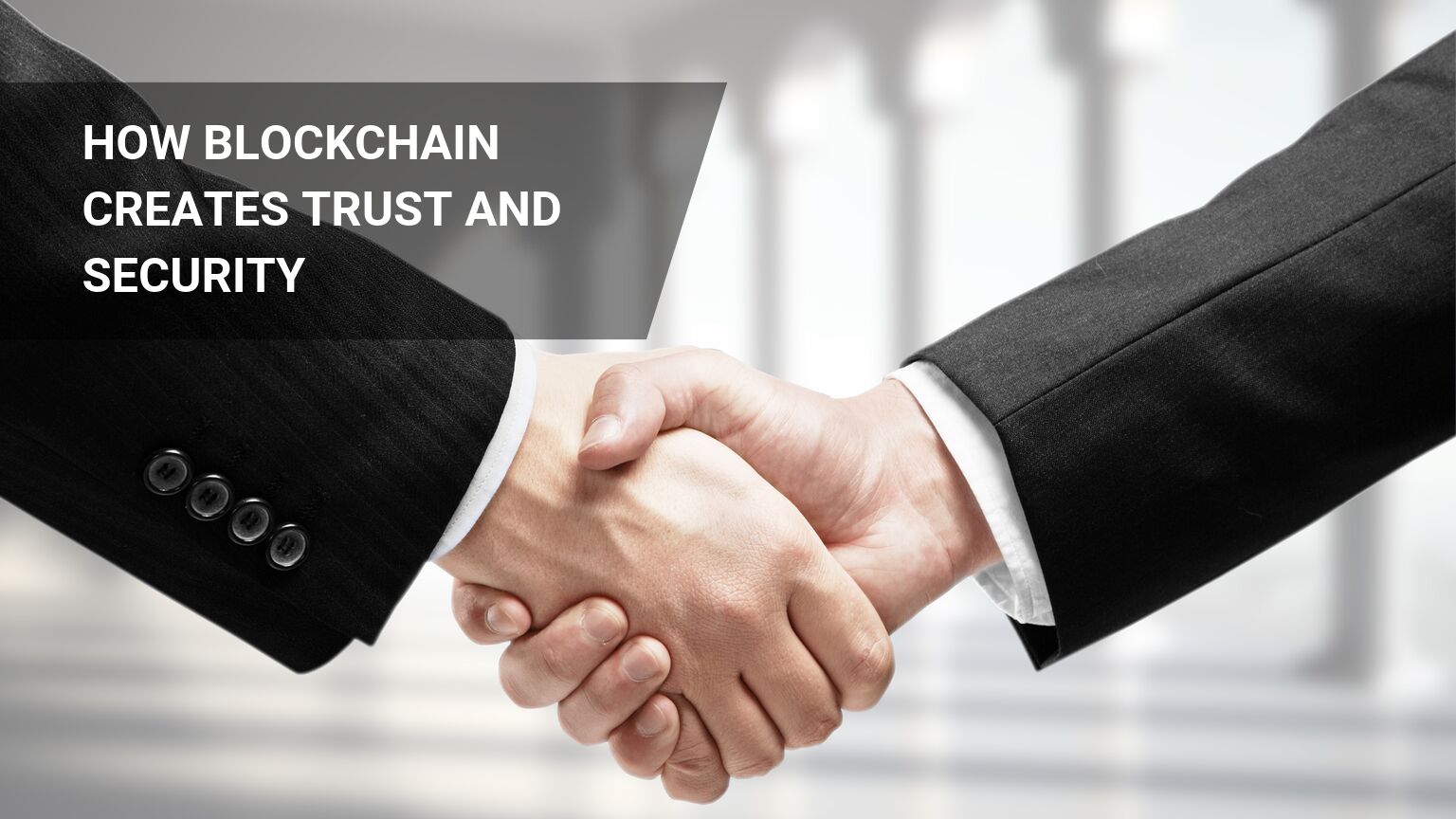 How Blockchain creates trust easy explained
June 12, 2018Hopefully, you still know our four friends from the last article. If not, check out our first article for beginners. There we have developed a simple blockchain model. So we can exchange money without the need of the controlling instance of a bank. The basic was an open ledger in which all transactions were recorded.

The four friends are still sitting at the table and want to expand their simple model even more.

Blockchain as a trust system

Blockchain removes banks as a central instance. A ledger replaces it. So all four friends can now negotiate directly with each other at the table. All members take care of the transactions and check them. If everything is correct, they place the page in the middle as the first page of the book.

This ensures that there is always a book with all the information in the middle. So you can look into that book at any time. As a result, this transparency makes all members trust the book and no bank is needed as a trusted party.

Active and passive users in the Blockchain network

Over time, more and more friends join the table and want to transfer money too. But not everyone wants to write down the transactions. We call these members “passive users”. So they trade dollars, but they do not want to work. The others get angry because they do all the work. They could also take part in the transactions without constantly having to write down everything. But the whole system does not work without proper accounting. Because without a correct ledger, there is no trust.

As a result, there is no stable network. So to solve the problem, the active user gets a reward. If he has written down all transactions correctly, he gets a coin as a reward. Thus both active and passive users are happy and the system works without a central instance.

How to secure the Ledger

But the next problem isn’t far away. Clara and Bob finished their paper at the same time and argue about the reward. So to solve the problem they get an additional task.

Now you not only have to write down all transactions correctly but also encrypt them with a four-digit lock. But they forgot the code of the lock. So now they have to open it through randomly trying. Once they find the right solution, they note and share the code everyone. Thus, all the others can now check very quickly by entering the code if it is correct.

How Blockchain creates security in the real world

So the system records and checks every transaction in the background. Anyone with a computer and a program can be both active and passive users of the network.

If a transaction is made on the network, a computer writes it down, checks it and insert it into a block. It also notes when the block was created and which was the last block. Thus, the first computer that has calculated a new, complete and correct block insert it into the blockchain. Then all members of the system check that everything is correct. Hence, if the result is positive, he will be rewarded with a coin. As a result, we have a chain of blocks called blockchain. So it is practically impossible to change information in these blocks. And that´s how the basics of how blockchain creates security.

Blockchain Climate Change: We can change the world

Cryptographic Hash Function: Everything you need to know!