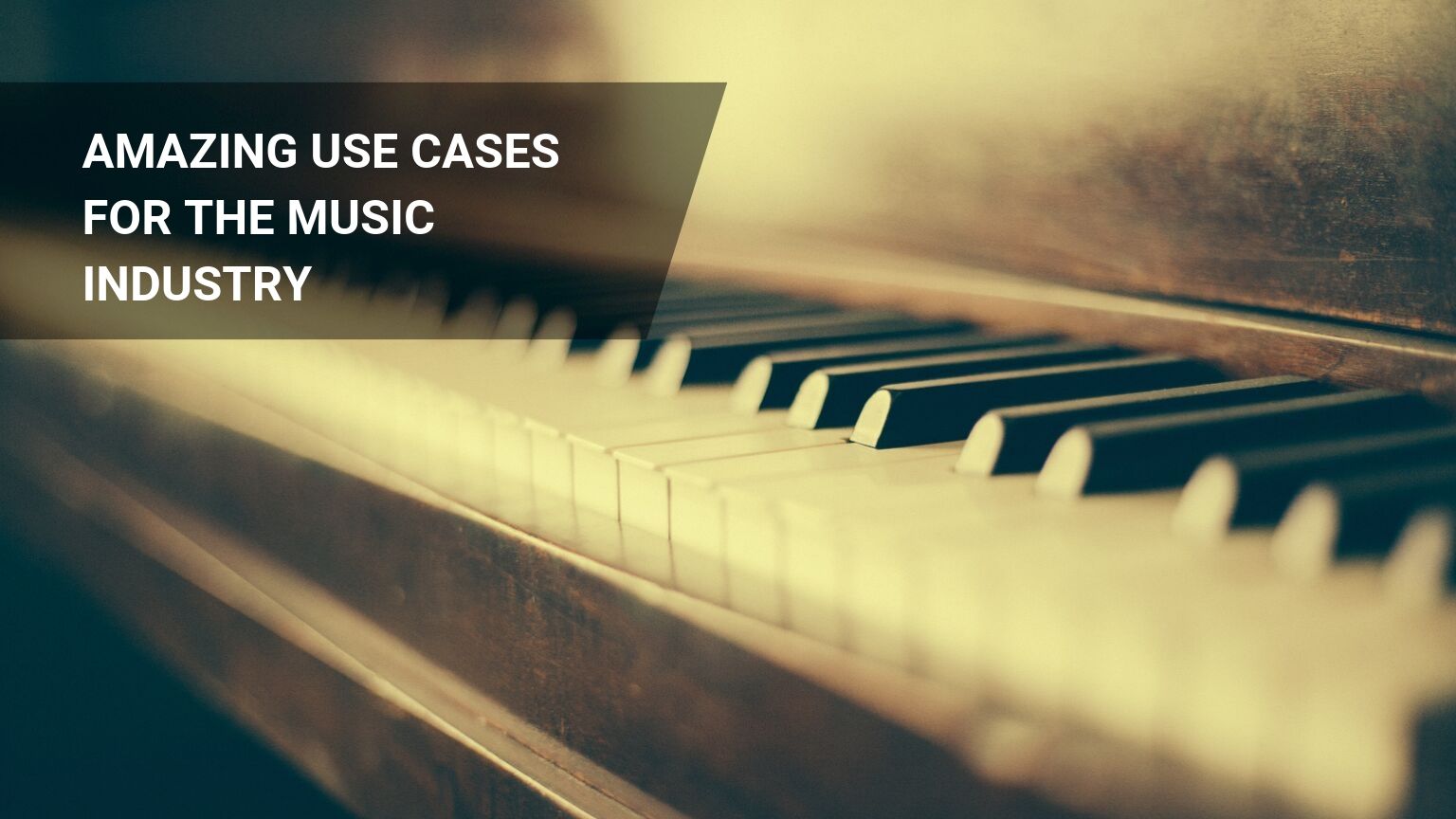 Back to New at Nirolution Blockchain Use Cases Blog

Blockchain Music Industry: Best Use Cases/ Science-Based
November 15, 2018In this article, we will show you the best use cases for the Blockchain music industry and how it will change music platforms. Blockchain is five to ten years away to mainstream adoption.1 However, even with the technology in its initial stages of development, for the purposes of avoiding third parties in the music industry, it shows great potential. So there are two main issues in this music industry. One is the lack of access to transactional information. Second is the inefficiencies with the royalty payments. Blockchain can solve both of these issues while keeping transparency throughout the entire chain. Thus,the options for DApps go beyond the traditional business models in the industry, enabling a closer relationship between artists and consumers.

Blockchain will change the music industry and with it the record keeping. Where a lot of systems have failed, blockchain may succeed. So behind every song, there are songwriters, performers, producers, sound engineers and other people that contribute to its creation. Thus, this can be a way to identify and correctly pay these people is currently out of date.

So one of the biggest problems in the industry right now is that there’s no verified global registry of music creatives and their works.2 Attempts to build one have failed to the tune of millions of dollars over the years. Thus, this has become a real issue. As a result, a new dynamic music file format is designed to modernize the rights management of media globally. The idea behind this new media format is to include within its file all data required to identify the owner, payment rights and other information attached to the media. Once the file is created, it is introduced to the blockchain network and available for everyone.

It aims to provide the format and architecture to all musicians, composers, and people in the music industry and its related fields through an open source protocol.3

The term smart contract refers to blockchain contracts with automatically executable conditional terms, such as payments and asset transfers.4 So this App can be used in the music industry as it supports automatic royalty payments to artists. With smart contracts, when a consumer downloads, stream or use music available in the blockchain networks, the amount paid does not go through any third parties. Instead, all the information needed to forward the payment to each shareholder will be located within the chain and executed as specified on the agreement.

So not only all the contributors of the song will receive their part immediately after the song is licensed.  But also all the information generated with the transaction will be available for data visualization and analysis techniques. Thus, some platforms already use cryptocurrency as a payment method.5 Also there are already songs that have automatically distribute payments via a smart contract to all involved in the making and recording of the song.6

Blockchain will change the music industry and create new business models. So the information generated by the transactions and made available through blockchain, can not only increase the level of transparency of the process. It can also allow artists and other users to create new business models from it. For example, by using data mining techniques, artists may have access to geographic, demographic and purchase preferences of the users.

Fans could collaborate with artists suggesting new additions or simply promote them with the suggestion that, in case of success, would generate money through smart contracts. You can also try to include fans into the process of creating, recording and using music. As a result, you can offer short-run exclusive products that can include guitars used in concerts, backstage passes or autographed CD. So with blockchain, companies could increase the value captured by the artists and allow them to get more familiar with their fan community, increasing also the value perceived by the consumers.

Other industries are already well known for the use of flexible rates. Especially those in which goods are of not-stockable nature, such as tourism. So plane tickets are changeable and usually cheaper depending on the time and weekday of the flight. While music is a stockable good, changes on the prices are also possible and can result in an increase of the value captured by the artists. Thus, a song can change its price depending on the time of the day, streams per person, the total number of downloads, and even region of the consumer.

For example, if it is identified that a specific tune is more played in a certain time frame of the day, it can cost a little more during that time and a little less in other periods. So this move would allow price-sensitive consumers to try the product in cheaper times and less sensitive to continue streaming in a higher demanding period.

Also, fans that stream the same song for a given number of times could have discounts. They could pay less than new users or even not pay at all after these given times. So this particular change can create a sense of loyalty and even a concept of “super-fans”. Some companies are already applying the automatic dynamic pricing concept in other industries. As a result, Blockchain can bring more liberty to artists and other stakeholders to create innovative business models.

It is undeniable that blockchain technology can bring innovative business models to the music industry. So we can expect that new enterprises start to develop Apps using Blockchain and increasing the total amount of usage for artists and consumers. Also, the involvement of mainstream and independent artists in this process may be a great contribution to the distribution of blockchain in the music industry.