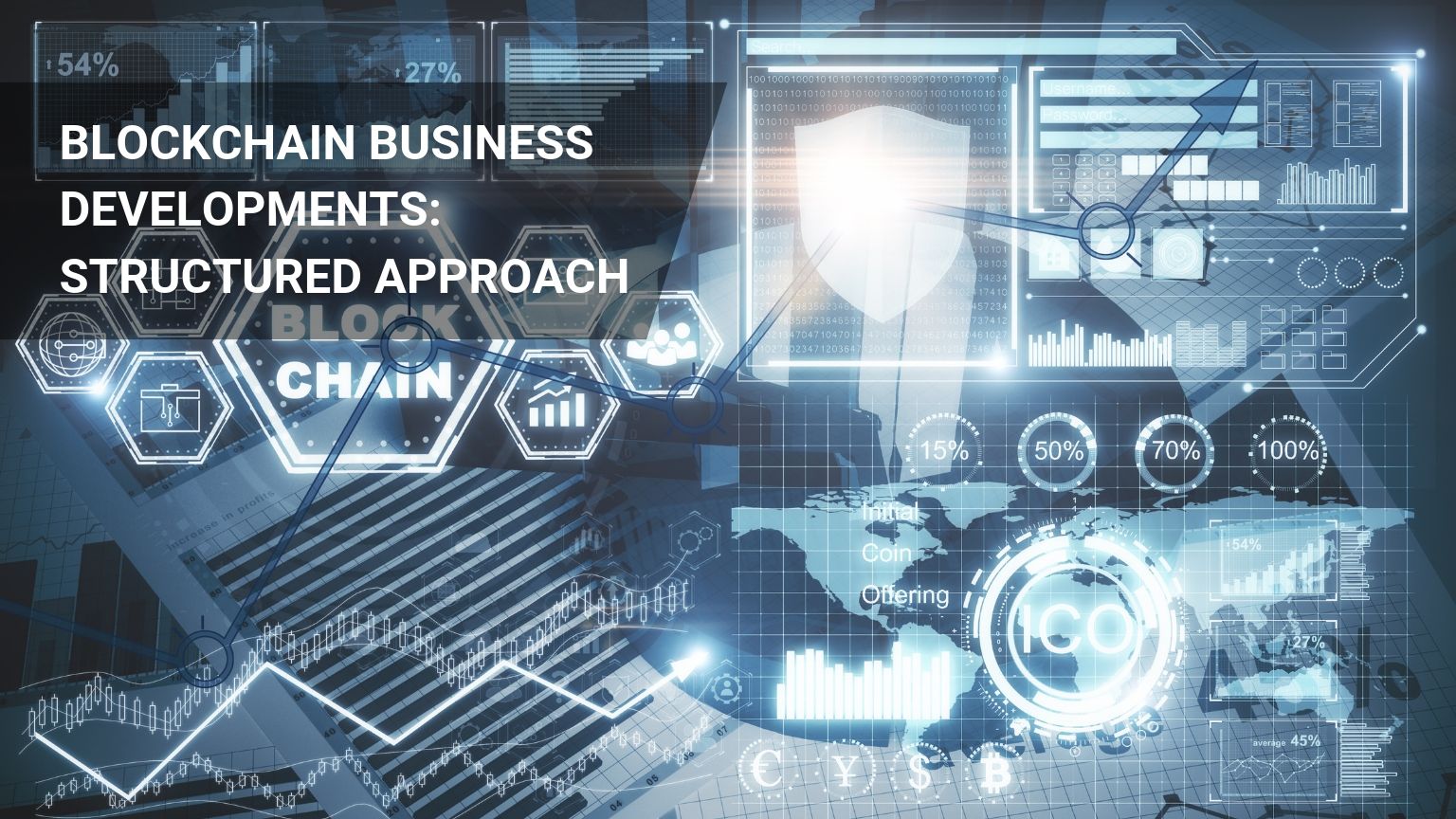 Back to New at Nirolution Blockchain Business Blog

Blockchain Product Development: Structured Approach
November 24, 2018We want to show you an structured approach for a blockchain product development. The use of blockchain apps will happen in different stages and will require different levels of consensus, as well as regulatory efforts.1 So processes, capabilities, and infrastructure have to be established in order to implement these apps. As a result, this leads to the question of which blockchain product offers the best chance to start with.

For most companies, the best way to start is a single-use case. That minimizes the risk because such apps can be based on existing systems and, therefore, involve little coordination with third parties. So achieving proof of concept or building prototypes for single-use cases will help organizations to develop the skills they need for more advanced apps.1

Another low-risk approach is to use the blockchain internally as a database for apps. Therefore, you can manage physical and digital assets, recording internal transactions, and verifying identities where you can learn using blockchain in a conﬁned environment.2 Thus, this may also be a useful approach for companies struggling to balance multiple internal databases and could provide a chance for companies to test the apps on a small scale.1 Also, you can conduct a more detailed rating when rolling out on a larger scale. So from achieving success with an internal solution to onboarding multiple parties and testing the solution across a network, leading to the next step of localization.

Localized apps are a natural next step for Blockchain products. So for example, logistic companies can tackle speciﬁc problems in the area of transactions across borders. A good example of localization is the domain of container transport and the paperwork. For example, a shipment from East Africa to Europe requires stamps and approvals from around 30 people and involves interaction on more than 200 events. Thus, bills of lading could also be subject to fraud.3

Thus, the cost of this long trail of paperwork and the processing is estimated to make up between 15 and 50 percent of the costs of the physical transport.3,4 So Blockchain may present a solution to these process inefﬁciencies and has the potential to digitize paper records. As a result, every relevant document or approval is stored on the blockchain, with every partner having full visibility of the container status you are able to reduce the cost by a lot.3

Developing substitute apps requires careful planning since existing solutions may be difﬁcult to replace. So you could focus on replacements that do not require end-users to signiﬁcantly change their behavior. But it presents an alternative to expensive or unattractive solutions. To gain traction, substitutes have to deliver functionality as good as, or better than, the traditional solutions. They should make it easier for the ecosystem to absorb and adopt them.

An example can be the diamond industry. So Blockchain can replace paper certiﬁcates which can get lost or tampered with.1 Thus proving whether a diamond’s certiﬁcate is genuine, fake, or if the diamond was stolen. With a blockchain app, you can record data points that uniquely identify a diamond and makes this information publicly accessible. Therefore potential clients can make sure it is not a ‘blood diamond’.6

Transformative apps can create Blockchain use cases, especially for the logistics industry. They are most powerful when tied to a new business model in which the logic of value creation and capture departs from existing approaches.2 However, these apps still need time to develop, but have a huge potential to unlock future growth for companies. Thus, a transformative blockchain business model involves scaling the solution. So this requires a transformation of business processes and their acceptance across internal parties.

The Internet of Things may completely change entire industries, including the logistics sector. But the infrastructure might not be able to handle such a number of devices and data, as single servers represent a single point of failure and raise data security concerns.7 As blockchain is considered to be a solution for connecting and managing IoT devices reliably, logistic might be one of the most promising ﬁelds of application.8,9 For example, Walmart aims at improving last-mile deliveries through coordinating delivery drones using the blockchain 10

Blockchain has the potential to deliver huge savings by improving efﬁciency. It also saves costs by reducing transaction costs. But challenges must be overcome before the technology can achieve mainstream adoption. When Blockchain wants to gain trust, adoption is really important and will determine the success. In particular, in the logistics industry, which is characterized by a supply chain environment with multiple stakeholders, being able to accurately and safely exchange information is a key advantage.

Blockchain as a Service Explained Simply

Most Important Blockchain Jobs that a business needs!