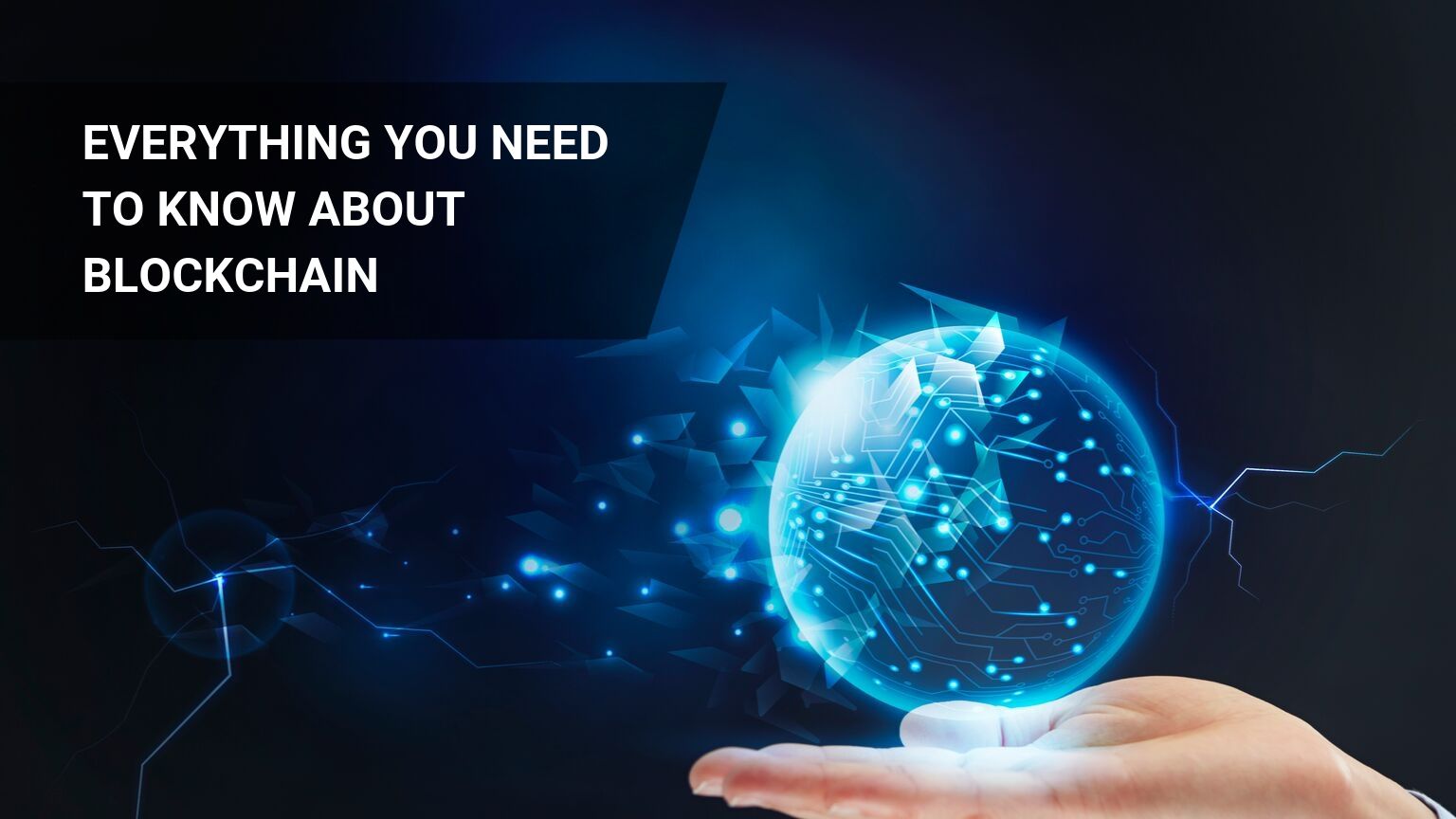 Blockchain Technology Simply Explained!
June 18, 2018There are a lot of simple explanations of the Blockchain. But most of them are not that easy to understand. Therefore we wrote this post “Blockchain Technology simply explained”, to give you a really simple explanation that everyone can understand. Blockchain ensures an unobstructed exchange of cryptocurrencies between a large number of members. You can transfer money smart and easy. But there are different blockchain networks for example Bitcoin or Ethereum. At first glance, they all seem similar, but the difference is in the detail.

Blockchain is a digital transparent, public append, only ledger. So it ensures an unobstructed exchange of cryptocurrencies between a large number of members.

So the blockchain is nothing more than a digital finance ledger, in which all transactions of every member of the network are documented. So a mechanism behind the blockchain creates consensus between distributed unknown parties.
That means, nobody needs to trust each other, you only have to trust the blockchain system. As a result, you are able to transfer money without the need of third parties like banks. This makes your transaction not only faster but also cheaper.

Today we will not focus on a specific network but rather concentrate on blockchain in general. Later on, we can build on that knowledge. So for now, we will work with a fictional network With it you can:

If you want to manage your Coins, first you need a wallet. It works like your bank account. The account holds a singular address. It allows a unique assignment for transactions in the network. Therefore, there is always a recipient and a return address for each transaction.

Now the most important component: the actual network. It is decentralized which means that there is no central instance that regulates the data exchange. If you make a bank transfer during online banking, the bank transfers the information from our input device to the bank server. So after checking the transaction, the bank carries out the money exchange. It works completely different in our blockchain network. It is based on a peer-to-peer system, where central servers are omitted. Instead, there is a union of computers that create a decentralized network.

Anyone who wants to can connect their computer to the network. They then become a nodal point. So they can carry out tasks such as validating transactions or just transfer coins. Since not every computer provides the same hardware performance, there are various kinds of nodes. They are different in their responsibilities. More information on that later.

A ledger is a collection of transactions. So throughout history, everybody used pen and paper ledgers to keep track of the exchange of goods. In modern times, you use ledgers to digitally store your information.

Over time, the interest in a decentralized solution grows more and more. The reason for this is the lack of trust in the digital world. Security is also becoming increasingly important. Blockchain enables such an approach using both distributed ownership as well as a distributed physical architecture.

So to keep track of everything in our network, someone has to enter all transactions chronologically. Therefore, blockchain serves as a digital version of an open ledger. It is a database for the entire network by integrating all transactions from a fixed period in one block. After a certain amount of time, this block is digitally sealed and attached to the Blockchain. Thus, it provides a chronological listing of changes throughout the entire network. So the latest block always shows the most recent transaction. 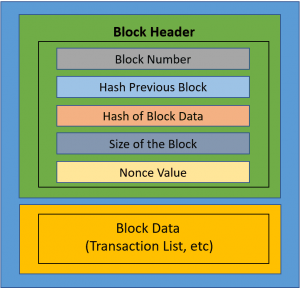 A blockchain block consists of different information. So first we have the Block Header. It contains the block number, also known as block height in some blockchain networks. Then the previous block header’s hash value and a hash representation of the block data. The block header also shows the size of the block and a nonce value. For blockchain networks that utilize mining, this is a number that is manipulated by the publishing node to solve the hash puzzle. Second, we have the block data. This contains a list of transactions and ledger events.

So, what are those hashes? In short: Exactly what makes Blockchain safe. Hash is a checksum derived from the block’s information. It is comparable to a digital fingerprint. In addition, each block still contains the checksum of the previous block. This creates a direct link between the blocks making it tamper-proof. So, a change to an already documented transaction would cause all successive checksum to be incorrect.

A miner is a nodal point in our network. It is a computer or a union of computers. They provide the network with its hardware performance. So they validate incoming transactions and note them in the block. Our network verifies a block after a fixed time interval. All miners compete by solving a mathematical problem. The solution found is proof that the miner has performed his work.

The miner, who is the first to solve the puzzle, shares it with the entire network. He also receives a reward for his effort. Then the other miners check again if the block has been processed properly. So that the new block can be attached to the Blockchain. After that, the transaction is considered confirmed.

We have already discussed the most important components:

Now it is time to clarify the connections. The accounts can easily view as detached from the network. You can use them to send coins. Miners verify of all transactions. The Blockchain is the information storage in which everybody enters the transactions. Therefore, each miner has his own local copy of the entire Blockchain.

How does a Blockchain work?

We explain the interaction of the different components in the following example:

So Bob would like to send 10 Coins to Dave. For this, he starts a corresponding send request via a web client. This creates a transaction that communicates with the network.

The miners are busy creating a new block. They also check and document the transactions. As a result, a miner then creates a block, which is then added to the Blockchain.

In our example, a miner generates a new block. He documents all transactions including Bob’s one. So after a short time, the first miner who creates the block attaches it to the blockchain. After the miner did his work, the transaction is complete. Bob lost 10 Coins while Dave gained 10 coins.

Public blockchain networks are decentralized ledger platforms open to anyone publishing blocks. They don´t need permission from any authority. So these blockchain platforms are often open source software, freely available to anyone who wishes to download them. Since anyone has the right to publish blocks, this results in the property that anyone can read the blockchain and issue transactions.

So, private blockchain networks can have the same traceability, performance, resilience, and capabilities as a public network. They also use consensus models for publishing blocks, but these methods often do not require the expense or maintenance of resources. This is because you need the identity of someone if he wants to join the network. They are also usually faster and you are able to obtain a certain degree of privacy in transactions.

Blockchain History: How everything started!