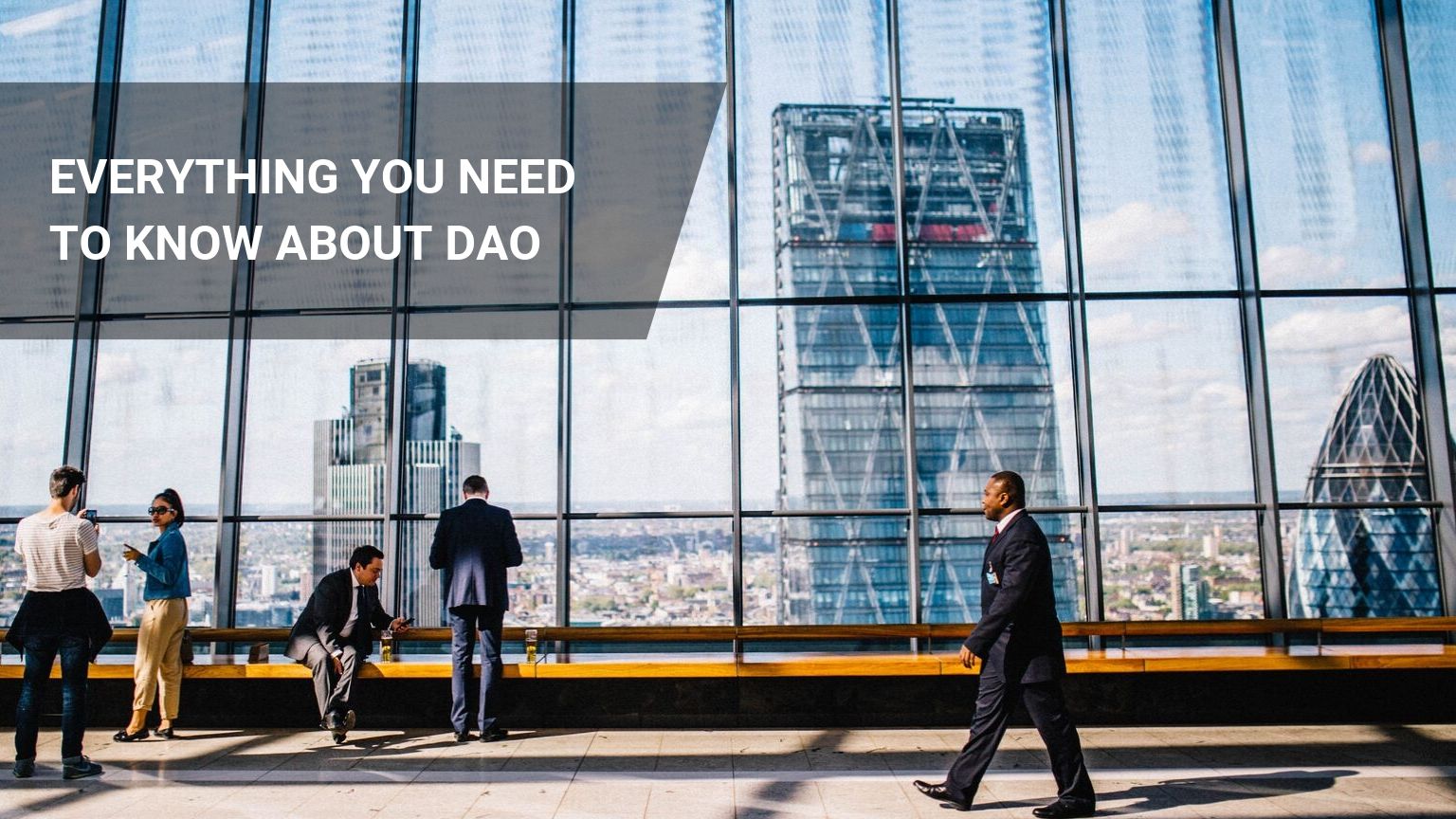 What is a Decentralized Organization?

So the most organizations we know are centralized. But they are not transparent and managed by a few powerful people. They control property through a legal system. Thus, to change that we need a DO. With it, we can eliminate the old structure but we still need a set of people that work with each other.

Also, there is a protocol specified in the code that is enforced on the blockchain. Let’s explain it with an easy example. We can set a whole company on a blockchain. It records each person’s holdings of their shares. With a blockchain voting, the shareholders could then select the positions and their employees. We can also integrate property directly, allowing DO’s to control all assets. Now with that, we can go even further.

What is a Decentralized Autonomous Organization?

A DAO is like a DO but autonomous. They also rely on hiring people who then perform certain tasks. Thus, the main difference is the internal capital. Thus, it can use this property as a mechanism for rewarding.

DAO’s are defined through smart contracts which are built on top of a blockchain. With them, we can implement processes, rewards, and rules through source code. The network records all members to define the permission of each person. The blockchain stores all this information. So a DAO is able to make decisions itself. It also needs an existing group of people. They take care of the growth of the organization. Through a simple change of the source code, they can change the organization.

Steemit as an example of a Decentralized Autonomous Organization

For example, the social media platform Steemit operates through a DAO. You get money for creating content to attract attention. Thus, the whole system works decentralized. Therefore, it has even more potential then Reddit.

So smart contracts define a decentralized autonomous organization. But a good organization also needs liquid funds. It needs to make good decisions and communicate with all instances. Today DAO´s have the following attributes:

All parts have to be implemented through smart contracts on a blockchain. It’s also open-source. So that means you can trust them. It also has to be assured that there is no central instance. So autonomy can be used to be more efficient.

To reward certain actions, a DAO needs an internal property that is valuable. When you create a DAO the funding takes place directly. They do not have a hierarchical structure or management. Learn more about Tokens.

Before a DAO can be implemented, it needs workers to help fulfill certain tasks.

In order to develop a DAO, there have to be decisions made towards the future. These decisions are made democratically. If 51% of the members agree the proposal will be accepted. As a result, you can save a lot of time and money. As a result, a DAO can use that money to prevent people from spamming the network.

After passing in a proposal, the actual voting takes place. This takes place demographically and if 51% agree, the proposal is considered as approved. Since a DAO runs on the blockchain, you can trust the result of the vote.

All processes have to be transparent for all members. Thus all can join in and work in the same case. The blockchain captures everything. So a DAO can’t be changed or manipulated.

Stakeholders have to make decisions about the budget and other details together. Even if you find bugs in the code, they can only change it when the voting has taken place.

Advantages and Disadvantages of DAO

So we have an organization that is able to reduce their costs to a minimum. It does this through a fast and simple decision making. Thus, we don’t need any employees to fulfill administration tasks. This reduces the complexity a lot. As a result, you do not need any office. You can work distributed from all over the world and reach your full potential.

With a lot of advantages, there are always some disadvantages. A disputed point is trust. People develop smart contracts. Therefore, you can have errors. We do have to trust them to do their job correctly. One mistake can lead to the failure of the system. Thus, the whole trust lies in the code.