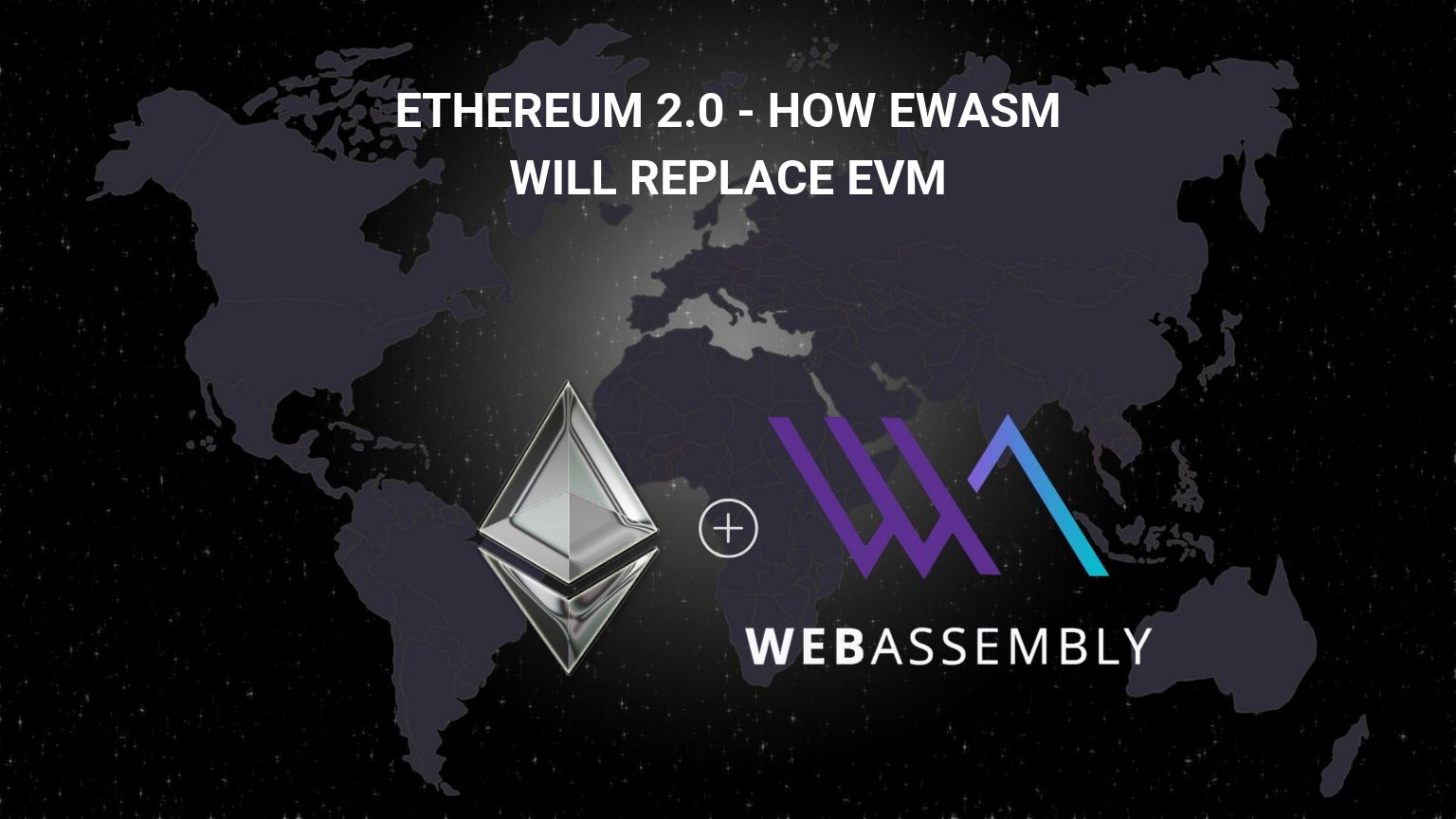 Ethereum eWASM Explained Simply
September 19, 2018When you talk about Ethereum 2.0 and , smart contracts, Ethereum eWASM isn´t far away. They are written in Vyper or Solidity and you can create DApps and more with them.

WASM is the shortcut for WebAssembly. It is a new, portable, size- and load-time-efficient format. So it is a binary code that you can use to compile your code for the Web. It is a virtual machine (VM) within the computer. Thus, it is specialized in executing commands optimized.

Its primary task is to optimize execution and load times. It does this by already being able to convert or execute certain commands. Thus, WASM already knows the hardware on which it is currently running. So because of predefined commands, the code can be processed much faster.

What is Ethereum eWasm?

eWasm is based on WebAssembly. It is a restricted subset of WASM to be used for contracts in Ethereum. So it specifies the VM semantics, environment interface, smart contracts and metering for instructions. Ethereum WASM, therefore, aims to restrict nondeterministic behavior.

Ewasm is also an important part of the Ethereum 2.0 update. So they need it to replace EVM. As a result, it will be a part of solving Ethereums scalability problem.

So EVM is focusing more on the correctness of the execution than efficiency. As a result, all nodes have to run the EVM with complete accuracy.
Conversely, Ewasm concentrates more on fast loading times and efficiency.
So EVM is optimized for theoretical and not practical use. Thus, Ewasm is developed for the real world, to translate coding logic at a fast pace.

How does eWasm work?

EWASM provides a specification of eWASM contract semantics and the Ethereum interface. It also provides an EVM transcompiler as an eWASM contract. So you have a VM implementation for executing the eWASM contracts. If you want to implement an eWASM backend you need a solidity compiler. It provides a library and instructions for writing contracts in Rust and C.

What is the goal of eWASM?

The goal of eWASM is to replace the EVM. So eWASM will make a huge difference to how many transactions we can process. As a result, it is able to increase the transaction throughput enormously.

So eWASM is faster than EVM. It is also more secure because it is standardised. In addition, it can support more languages, not only Solidity. Thus, eWasm can be executed anywhere and benefits from the WASM ecosystem. Hence, this will increase the number of transactions that we can process.

Previous ArticleStep 7: An Easy Explanation of Ethereum Validators
Next ArticleBitcoin Investment Strategy: 7 Things you should do!

What is Ethereum BLS Aggregation Signature?