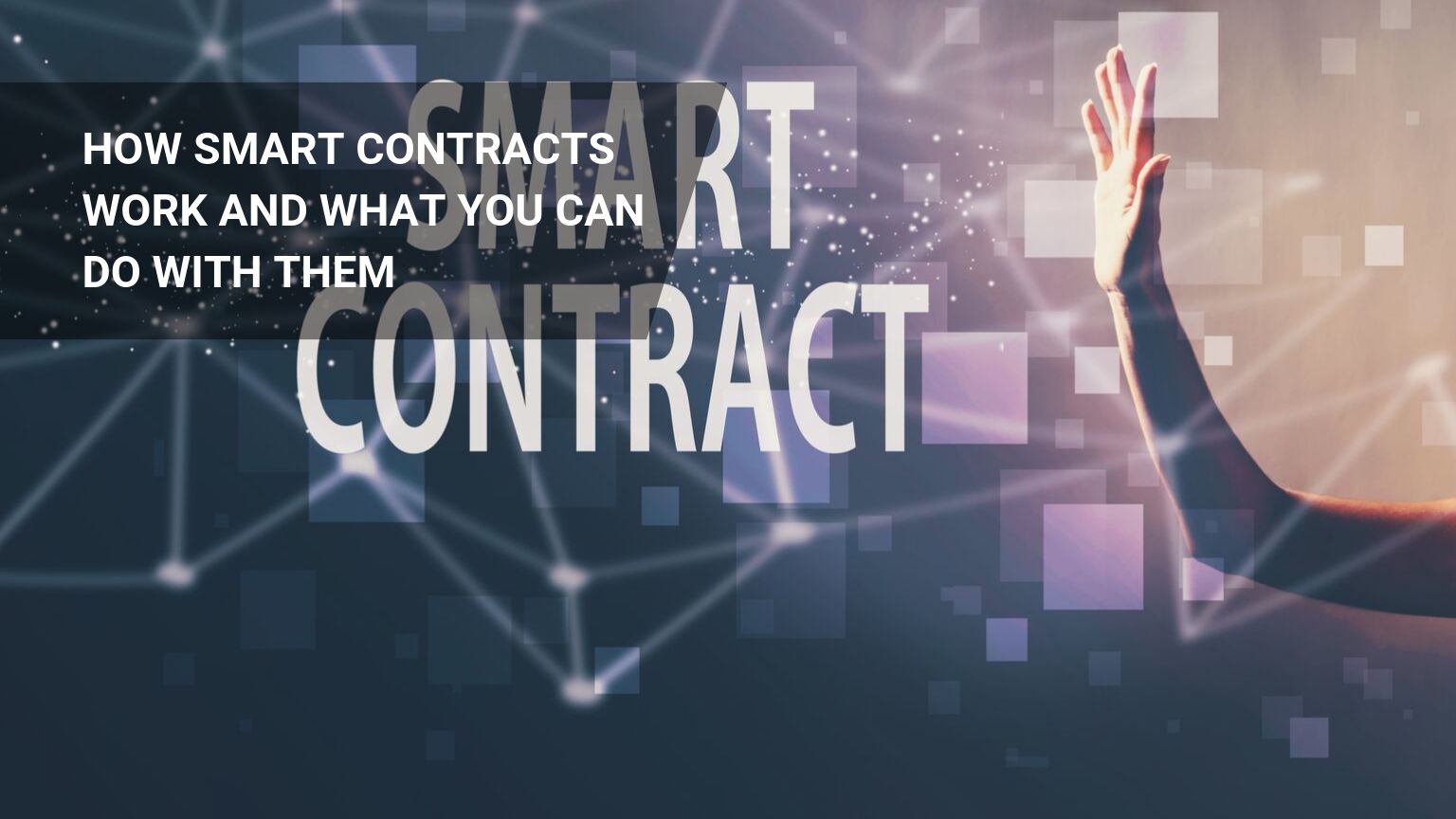 But what makes Ethereum Smart Contracts so awesome? And what is the difference to a normal contract? In the following, we will answer these questions.

“Ethereum Smart Contracts explained: All you need to know!” – Content:

What is a Blockchain Smart Contract?

A Blockchain smart contract is like a normal contract such as your mobile phone contract. But it’s digital and only consists of a few lines of code in the blockchain.

Partners can interact with a smart contract. The blockchain executes the code and documents the transactions. Now, let’s explain it with a simple example:

Surely you are already familiar with Kickstarter. It is a large platform for crowdfunding. Companies can go there and create a project. You can set a funding target to collect money from other people. Kickstarter is a third party sitting between the production team and the sponsors. Thus, both sides must trust them to handle their money mindful. So if the project reaches the minimum sum, they transfer the money. But if they don’t reach the goal, each one gets their money back.

As you can see, we always need a third party as a trusted instance. So smart contracts allow you to collect funds without a central instance. Thus, this makes the whole process safer and more efficient. It also makes sure that the money gets into the right hands. Now let’s create a smart contract:

The companies, in our case a production team, creates a campaign with a smart contract. Therefore, it defines the input for the funding target as well as the period of the project. Users can become sponsors by sending their money to the smart contract. He manages and verifies the money as follows:

How does a Blockchain Smart Contract work?

Blockchain users can create transactions that send data to a Smart Contract. It then executes the appropriate function with the data provided by the user. After that it can provide a certain service. And because the code in the blockchain is tamper-proof, you can use it as a trusted third party.

So, in our example, who checks now if the sponsors really get their promised services? Is the money really used for the actual product? The sponsors must trust the production team. It often happens that nobody gets the product, or they don’t even produce them.

With an Ethereum smart contracts, we now have the chance to control it. Therefore, the production team can create the desired output. It defines the price, product, quantity and even suppliers. As a result, the lenders can vote once for their favorite product. They decide whether the purchase makes sense or not.

If the product reaches an approval above 50%, the supplier gets the money and the order is placed. Thus, the owner always has control over his money and a violation of trust is impossible.

That is impressive when you consider that everything is realized only with the help of a few lines of code. And because Blockchain smart contracts are on top of the blockchain, the contracts are decentralized. Now this means that no central party is necessary, and we have no additional costs. Thus, this allows companies to optimize processes and save money.

Smart contracts are safe because if somebody wants to change or manipulate something behind your back, he will lose his deposit. They are also way more efficient than normal contracts. If the contract is fulfilled, it gets automatically executed. So you don’t have to do anything. They are also transparent. Smart contracts are on top of the blockchain, therefore, everybody can look them up.

In our example, if they don’t reach the funding in time, all sponsors will get their money back. That way, you don’t have to run after your money.

If they reach it, they transfer the money to the production team. It is then used to start the project. Blockchain Technology Smart Contracts allow them to don’t waste time with contracts.

Why should you trust Blockchain Smart Contracts?

Humans programmed them and can, therefore, abuse your trust. So to answer this question, we need to take a closer look at the characteristics of a blockchain:

Since smart contracts are on a blockchain, they get some interesting features. As a result, they are unchangeable. This means when you create them, nobody can change it. Thus, nobody can manipulate a smart contract behind your back and change the code. On the other hand, they run on a distributed platform. Thus, everyone owns a copy of the contract and reviews it.

So if someone intends to manipulate your contract each person on the network will discover and report the scam attempt. The manipulation of a smart contract is therefore virtually impossible.

What is Ethereum? Ethereum Explained Simply!

Difference between Cryptocurrency and Ethereum