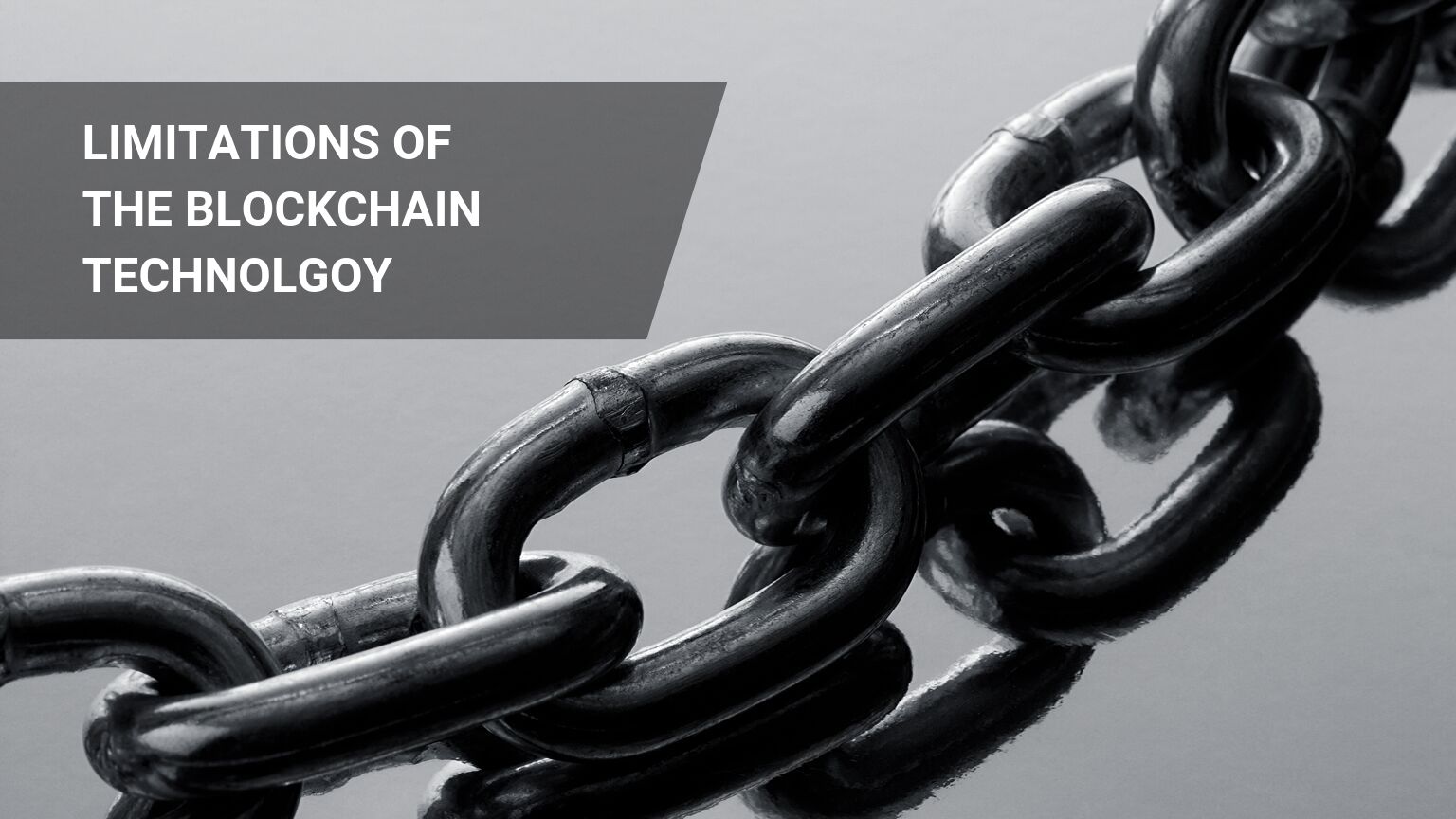 Limitations of Blockchain Technology
September 01, 2018What are the limitations of Blockchain Technology or is there no limit? The rise of blockchain technology is as impressive as the hype that people built on top of it. Most people expect blockchain to be perfect without any limitation. So I often heard the phrase “The sky is the limit”. But it is not perfect and it has its limitation. Through further developments and research, they discovered errors. But that is not the end of the world. It is good for us. Knowing what the problems are, gives us the chance to analyze and solve them. Now, what are the limitations of blockchain technology?

Storing information on a blockchain database means that the data is stored by every node in the network. It also means that you can’t delete anything. So data storage imposes a huge cost on a decentralized network. Because every node has to store more and more data. As a result, storage is a huge problem for Apps that are built on the blockchain.

Blockchains, Smart contracts or DApps (decentralized Applications) are programmed by humans. And humans sometimes make mistakes. So for example, if you forget an important rule for your blockchain or create a coding error, nobody trusts the system anymore. As a result, the whole system fails.

Ethereum is the fastest blockchain when it comes to processing transactions at the moment. It can support 15-16 transactions per second. In comparison to Visas 45000 per second, it is pretty slow. So to be able to compete with the current system Ethereum has a lot to improve.

To prevent bad actors from destroying the network a blockchain has to be really big. So the size of the blockchain represents to the security of the system. If it is not large and robust, it is quite hard to gain the trust of the users.

Blockchain has known issues with consensus protocols like proof-of-work. Miners carry out intensive and high-cost calculations. The system rewards the fastest miner that present the correct solutions with new coins. Thus, the rest of the computer power spent on creating a new block has no value. As a result, the proof of work isn’t perfect, a solution might be proof of stake.

Blockchains like Ethereum has a mechanism of consensus. It needs every member of the node to verify a transaction. This limits the total number of transactions a blockchain network can process.

To fix that problem you could raise the size of each block. So it can fit more transactions and with it, every node has to store more information. But that could kick people out of the system with lower storage and only the big guys would run the network. You could also create sub-blockchain, each has its one specific purpose. But that could lead to security flaws. Because a system with fewer nodes is more vulnerable to attackers.

Talking about security flaws, it is theoretically possible that someone manages to bring together 51% of all the nodes in the system. So more then half of all the PCs working as nods can tell a lie. It then becomes the truth. They call it “The 51% Attack” and it might be an unavoidable security flaw. The only thing you can do is closely monitoring the system to make sure no one unknowingly gains such an influence.

Blockchain services cannot impose any network requirements for accessing data outside the network. For example, the blockchain gets some information from an external source, and this query is then executed repeatedly and separately from each node. Thus, since this source is outside of the blockchain, there is no guarantee that each node will get the same response. So maybe the source will change its answer in the time between the requests. It can also be temporarily unavailable. In both cases, the consensus is broken and the entire blockchain fails. And these are the limitations of blockchain technology.

Previous ArticleStep 8: The Benefits of Blockchain Technology
Next ArticleLast Step: Blockchain can save the world

Why do we need Blockchain Technology?