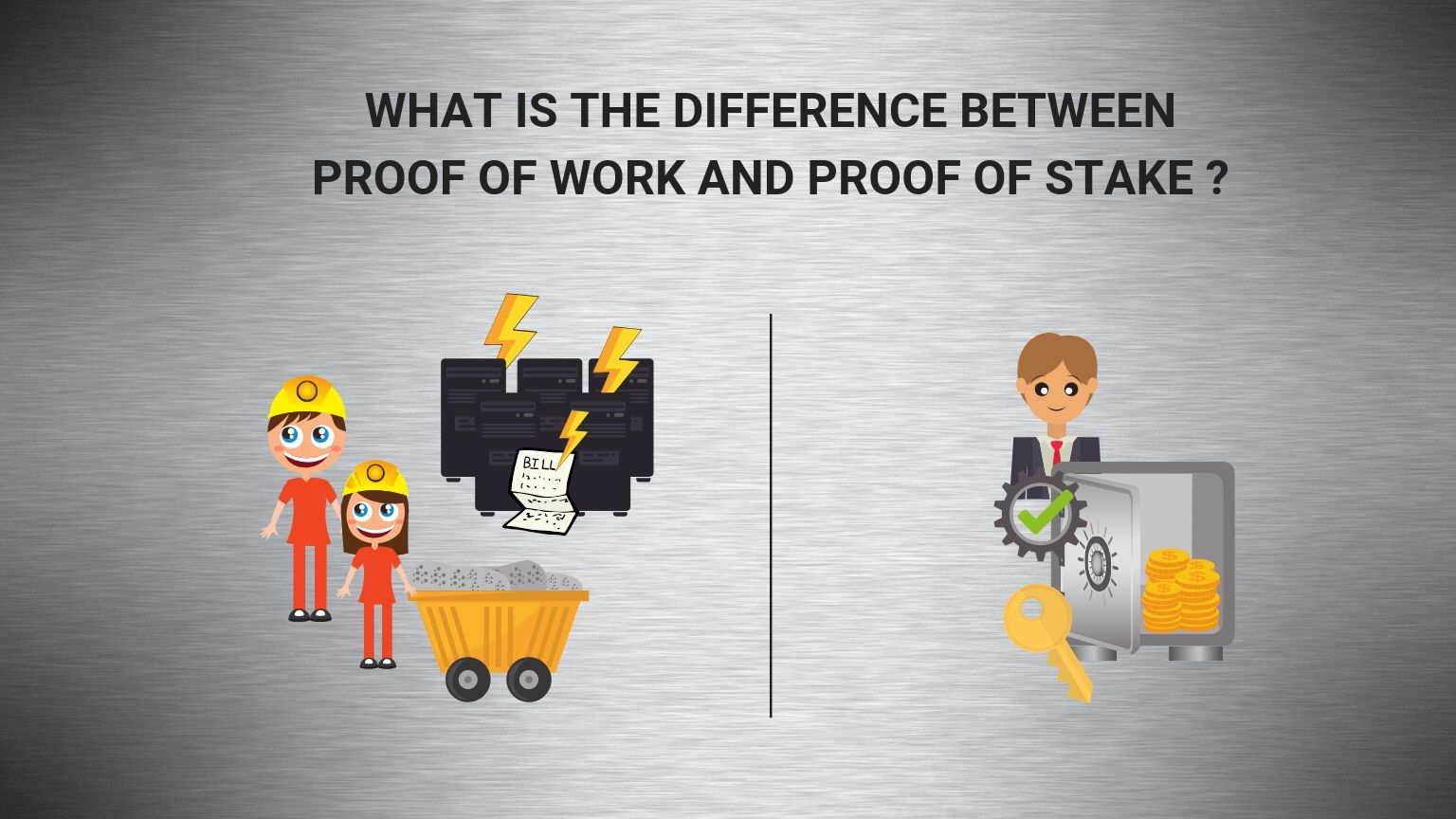 Evolution of Proof of Work

The idea of Proof of Work existed even before Bitcoin. Only a few people know that Satoshi Nakamoto did not invent this type of protocol. In fact, it was Cynthia Work and Moni Naor who came up with this concept in 1993. The main goal was to deter cyber-attacks such as a distributed denial-of-service (DDOS) attack. They send several fake requests to exhaust the resources of the computer.

In 1999 Markus Jakobsson and Ari Juels were the ones who published the term ‘Proof of Work’ in a document. But nonetheless, Proof of Work is maybe the biggest idea behind Nakamoto’s Bitcoin white paper – allowing us a persistent transparent public append-only ledger. It is a mechanism of creating consensus between distributed parties. So you don´t need to trust each other but trust the system. In the following, we will explain to you the difference between Proof of Work vs Proof of Stake.

What is the Proof of Work?

Because not everyone in the network is honest, there has to be a way to prevent cheating. So to secure the Network, miners validate incoming transactions and note them in the block. They all compete by solving a complicated cryptographic puzzle. The solution found is proof that the miner has performed his work to validate the transaction. The first one to find the solution gets a reward. For example, he gets an Ether as payment. We call this process mining. You can use this process for two things in the network. The first one is to verify the legitimacy of a transaction. Secondly to create new digital currency by rewarding miners for performing the transaction.

This mathematical puzzle has a key feature, it is asymmetrical. That means that the puzzle must be hard to solve for the miners. But at the same time, it has to be easy for the network to check if the solution is correct. They can only solve the puzzle by randomly trying. This requires a huge number of attempts to get the right solution. If a miner finds the right solution, he announces it to the whole network and receives a reward. So the effort of a miner to validate and secure incoming transactions is called Proof of Work.

How does Proof of Work works?

A common puzzle method is to require that the hash digits of a block header have to be less than a target value. So, publishing nodes make many small changes to their block header trying to find a hash digest that meets the requirement. For each attempt, the node must compute the hash for the entire block header. Therefore, hashing the block header many times becomes an intensive process.

It is important to know, that the work put into a puzzle does not influence a miners likelihood of solving the current or future puzzles. The reason for that is because the puzzles are independent. This means that when a user receives a completed and valid block from another user, they have to discard their current work and to start building off the newly received block instead. They do this because they know the other publishing nodes will build their next block on top of the new received block.

Advantages of Proof of Work

The main advantage of proof of work is the protection of the blockchain network. So it secures and nobody can cheat. As a result, we can trust the system.
Also because the work put into a puzzle does not influence a miners’ likelihood of solving the current or future puzzles, nobody can trick the system.
And last, no matter how much money you have in your wallet only your computing power is important. As a result, holders of large capital can not make decisions for the entire network.

Disadvantages of Proof of Work

However, this process requires a ton of computing power. Proof of works gives more rewards to people with better equipment and connection. This means the higher your hash rate is, the better is the chance to be the first one that solves the mathematical puzzle. This led to a situation where people are building huge mining farms. Miners even come together to push their chances even further to so-called Ethereum ‘mining-pools’. All miners of the pools then receive an equal reward. So this is causing the blockchain to become more centralized. This also carries the risk of a 51% attack. Therefore we need to find a better way to validate a transaction with proof of work.

What is a 51% Blockchain attack?

A 51% attack is the attempt to control the blockchain network. So, a person or an organization tries to control 51% of the hash rate. As a result, they can change and reverse the transaction. They can also decide who is allowed to publish new blocks. So, they have control of the entire network.
A 51 percent attack is theoretically possible, but practically impossible because of nobody hast hat much computing power. Even if someone pulls it off, it wouldn’t be worth it. The reason for that is because once the network heard about it, everyone would leave the system.

What is Proof of Stake?

To avoid getting to centralized with the Proof of Work method, we need to find a better solution to validate and create blocks. For this purpose, they invented Proof of Stake. Proof of Stake is the effort of a miner to validate and secure incoming transactions. The miner is now called validator and is chosen in a deterministic way.

This model is based on the idea that the more someone invests in the system, the less they want to cheat. Stake is often an amount of cryptocurrency that the blockchain network user has invested in the system. so once staked, the cryptocurrency is generally no longer able to be spent.

To become a validator you have to deposit a certain amount of coins into the network as a stake. The size of this stake determines the chances of a validator to forge the next block. So the more you put in the higher your chances are.

That sounds unfair because it favors the ones who deposit the most money. But in reality, it’s by far fairer then Proof of Work. The price rich people pay for the mining equipment and electricity bills don’t go up in a linear fashion. Instead, the more they buy the cheaper it will get. That means the richer you are, the more power you have.

How does Proof of Stake works?

The methods for how the blockchain network uses the stake can vary. Here we discuss four approaches: Random selection of staked users, multi-round voting, coin aging systems, and delegate systems. so regardless of the exact approach, users with more stake are more likely to publish new blocks.

With random selection, the choice of a block publisher is a random choice. So, the blockchain network will look at all users with a stake. A validator is then selected based on the ratio of the coins used to the total amount.

When the choice of block publisher is a multi-round voting system, there is added complexity. So the blockchain network will select several staked users to create proposed blocks. Then all staked users will cast a vote for a proposed block. Several rounds of voting may occur before a new block is decided upon.

When the choice of block publisher is through a delegate system, users vote for nodes to become publishing nodes, therefore creating blocks on their behalf. So blockchain network users voting power is tied to their stake so the larger the stake, the more weight the vote has.

Advantages of Proof of Stake

With Proof of Stake we don’t need a lot of computing power to secure our blockchain.
And because of that, we also do not need as many new coins in order to motivate nodes to participate in the network.
Proof of Stake can also reduce the risk of centralization. The reason for that is that economies of scale are much less of an issue.
And last, we can make it more expensive to take over the network. Therefore, we can prevent 51% attacks because there is no financial incentive anymore.

Disandvantages of Proof of Stake

There are some flaws in the Proof of Stake algorithm. Rich people will get chosen more often which means they will get more transaction fees. Making them richer and therefore increase the chance of being chosen as a validator. And even more problematic is that validator sometimes doesn’t show up to do their job. Therefore Proof of Stake is a better version then Proof of Work but still needs to be optimized.

Blockchain Climate Change: We can change the world