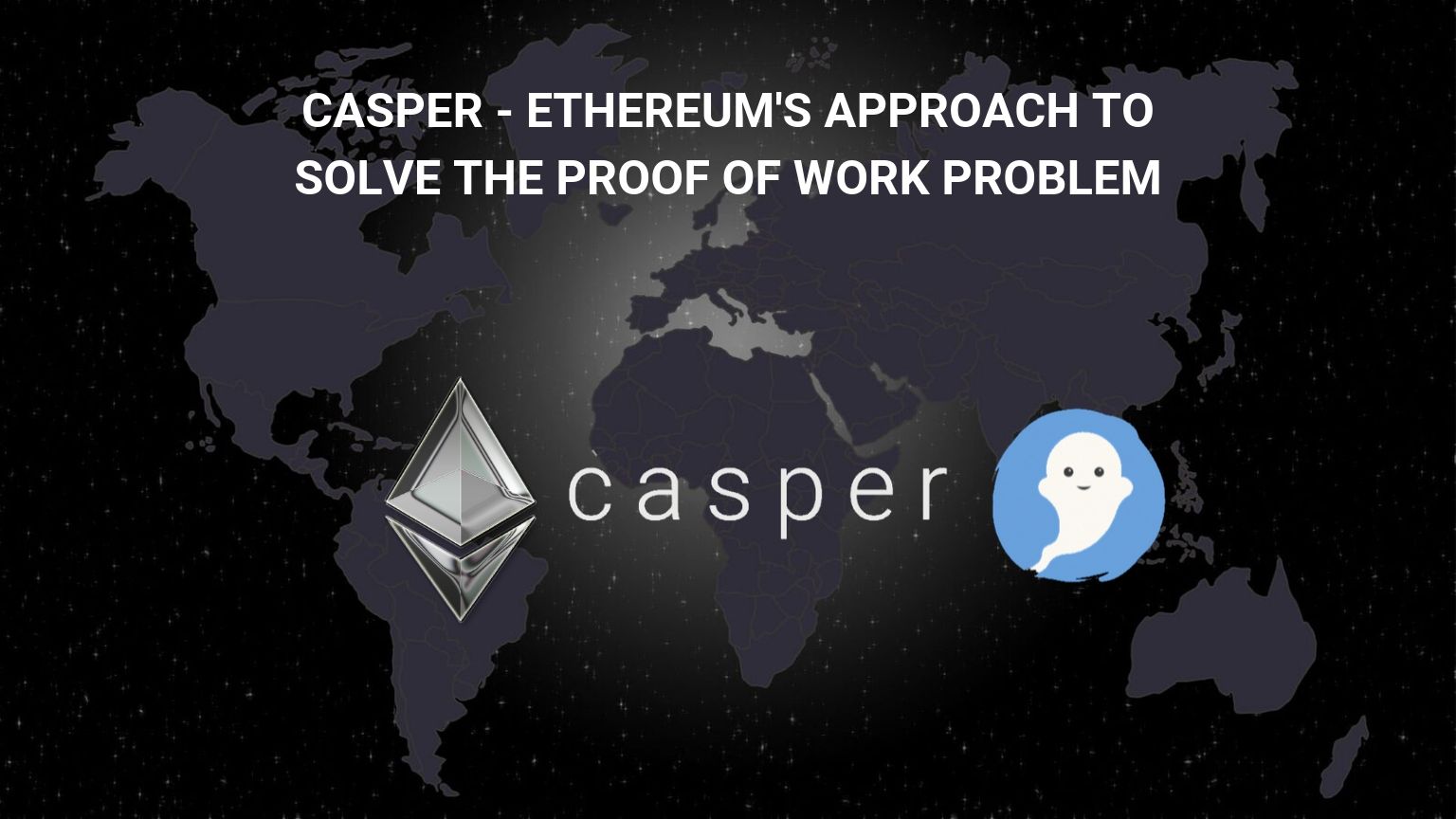 Ethereum Casper Explained: All about CBC and FFG
September 12, 2018Everybody is talking about Ethereum Casper and how it can solve a lot of problems. But what is Ethereum casper? A lot of people use ICO smart contracts and tokens. They operate on top of the Ethereum blockchain. As a result, the Ethereum network is processing over half a million transactions per day. Bitcoin only manages to process around 50.000 transactions per day. So Ethereum can handle more than 10 times the amount of transactions of the Bitcoin network. But as Ethereum got bigger, some huge problems evolved.


“Ethereum Casper Explained: All about CBC and FFG” – Content:

The Problems of the Ethereum Blockchain

Ethereum relies on proof of work for consensus. Thus, you need a lot of people with a lot of computing power to validate transactions. If someone tries to cheat, they lose all their money. This makes it costly for bad actors. But the proof of work concept is really wasteful. It burns a lot of electricity because miners constantly battle for the reward. As a result, one miner gets the reward and the other miners wasted their computing power and electricity.

What is Ethereum Casper?

Casper is simply the name of Ethereums approach to solve the proof of work and proof of stake problem. At the moment Ethereum relies on the proof of work concept for consensus. But in the past, they made it really clear that at some point in the future they have to migrate to proof of stake protocol. So there are two types of Casper implementation. The first one is Friendly Finality Gadget (FFG) the other one is Correct Buy Constructions (CBC).

What is Friendly Finality Gadget (FFG)?

So FFG still has a regular proof of work, but every 50 blocks there is a proof of stake voting mechanism. When they write this checkpoint they are basically voting on something which is final. Something that is a historical representation of history that can’t be changed. This kind of hybrid concept will be there for a while but not forever. So the goal is to move people away from proof of work mining as reliance on consensus.

What are Correct Buy Constructions (CBC)?

So CBC is a completely new way how the consensus protocol operates. It does require two-thirds of the validators to agree to come to a consensus. This is necessary to avoid the “dubbed a 33 percent attack”. As a result, Casper introduced the transaction deposit. Thus, people that are staking have to put down a lot of money. And if they act badly they lose that deposit. As a result, it is really costly to be a bad actor. Because of the security deposit being required in order to work as a proof of stake validator on an FFG system the deposit might be huge early on. In addition to laying down that money, proof of stake validators always has to be connected to the network as well.

The deposit is high because that makes it really expensive to try and attack the network. But it is gonna be interesting to see how many people actually use proof of stake and become a validator.

What are the Blockchain developments in 2020?