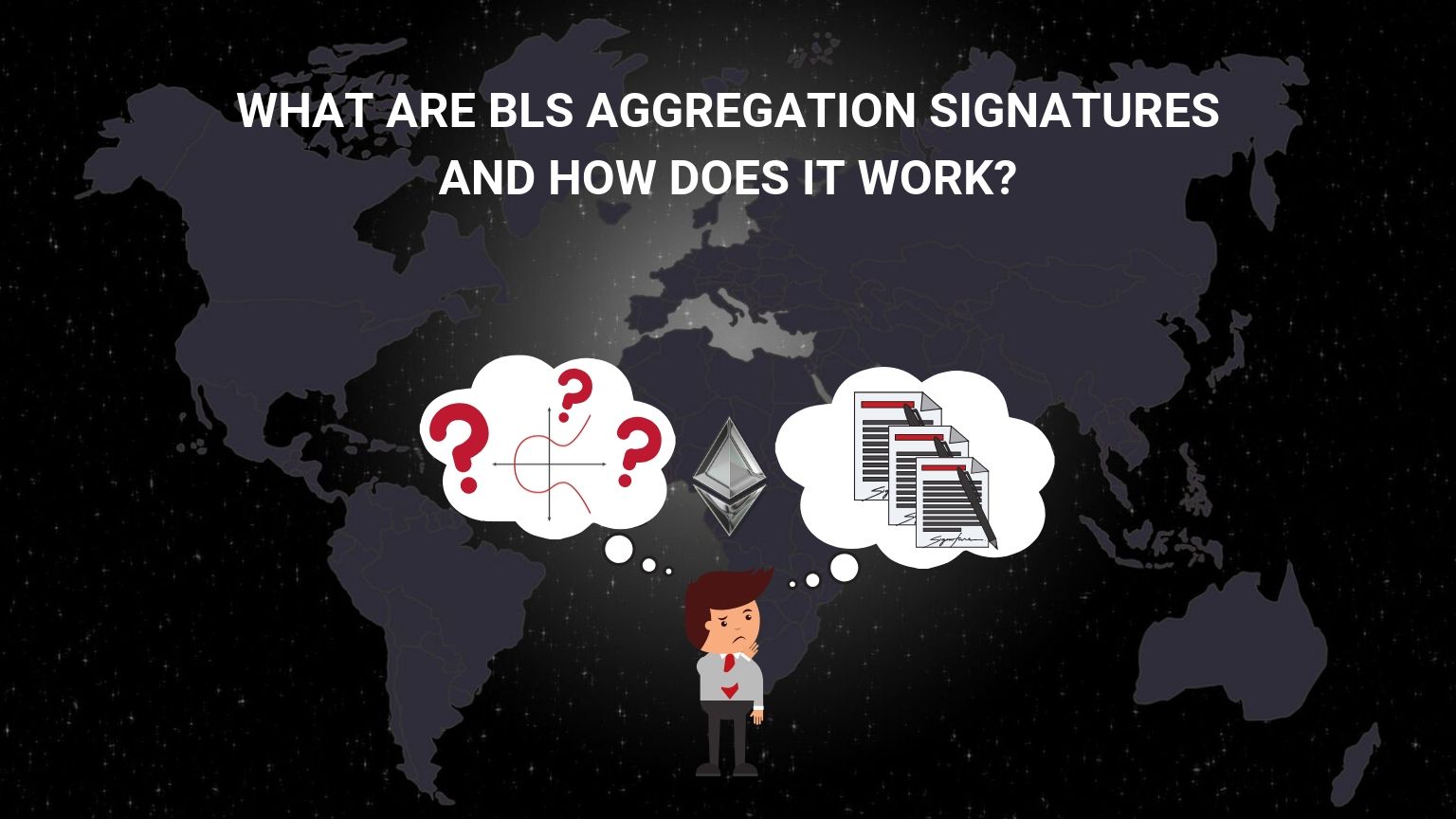 What is Ethereum BLS Aggregation Signature?
September 18, 2018Ethereum BLS Aggregation Signature sounds complicated but it isn´t. We show you what is it and why it is so important. So if each vote was a transaction, the blockchain would have to process all the votes step by step within a tight time period. As a result, this puts a limit on the number of validators that can take part. That´s why we need aggregation signature. As a result, more validators can participate and therefore improve the security.

What is Ethereum BLS Aggregation Signature?

Aggregate signatures work like a petition. Therefore, the petition is sent to each validator who applies their signature.

Thus, to reduce the load on the beacon chain the petitions are sent to their shards. They are only fully built-in the blockchain when the petition has enough support.

So the point of all this is to make it easier for Ethereum to process signature from thousands of validator all at once. Thus, they can increase the numbers of validators by a lot.

How does BLS Aggregation Signature work?

A signature is when you multiply your private key by the message. So this message is basically an elliptic curve point. If you want to verify a signature, the verification requires an elliptic curve paring check. And for the paring check, you just verify the public key and the message. It then needs to equal the pairing of the generator of the special hash function and the signature.

How do you aggregate all these signatures?

You just add them up.

What are the benefits of BLS Aggregation Signature?

With Ethereum BLS Aggregation signature you can reduce finality time, overhead and create more shards. As a result, it is very simple, aside from the complexity of elliptic curve pairings themselves. So it is verifiable because there is only one possible signature per validator and it is friendly to other schemes.

Previous ArticleStep 4: What is the Ethereum Beacon Chain: Easy Explanation
Next ArticleStep 6: How Ethereum Sharding will solve the scalability problem

What is Serenity? Ethereum 2.0 explained!